York has become a regular Easter outing, and while Wife and daughter explore the shops I watch the trains. The exhibition seemed to have a huge Welsh theme this year but typically I stayed true to my roots and modelling interests and managed to fill most of my time watching fine exampes of North East England. For me, this year’s main attraction was Bramblewick built by the late Tom Harland, a fine pre group North Eastern Railway layout that appears in the current (April 2013) Railway Modeller and is just steeped in atmosphere. The photographs in RM are good, but you really need to see it in the flesh to see what happens when a talented artist gets a 3D canvas.

With my own 300 inch challenge layout under construction I found myself paying lots of attention to micro layouts with a couple of fine examples on show. My definite favourite was Horsley bank (pictured below) by Steve Howe which is set in the pre war industrial West Riding of Yorkshire. And yes, the photo shows the entire layout. 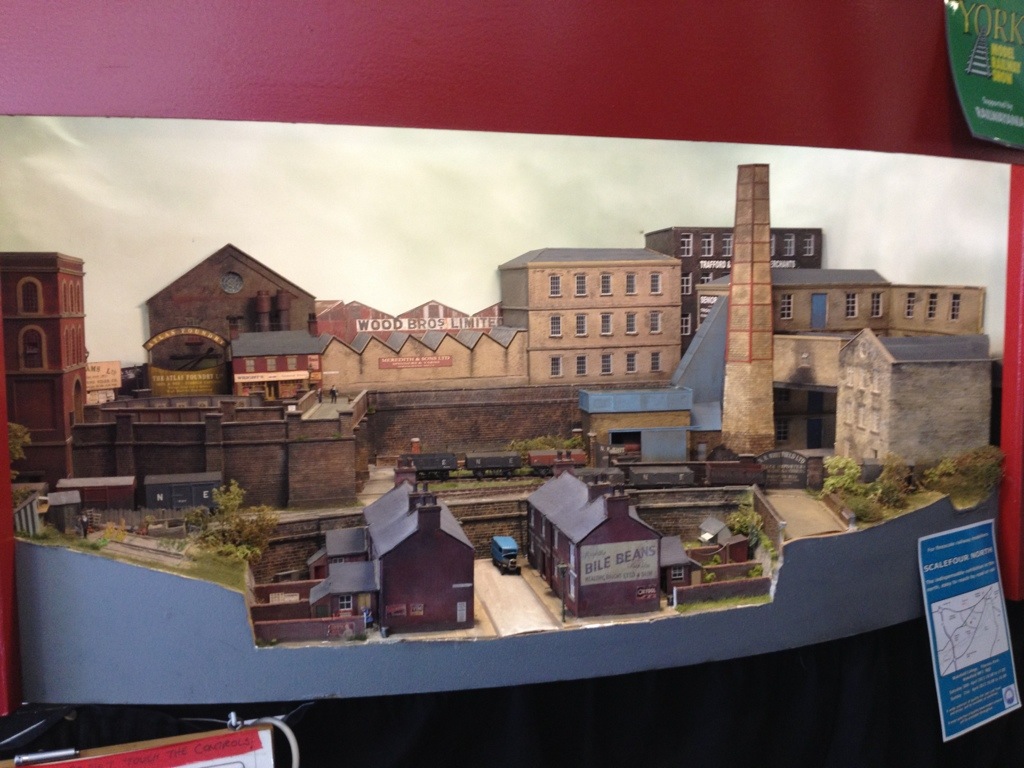 Horsley Bank has to be somewhere near the ultimate in a finely detailed micro layout, and is set up along the lines of a stage in a theatre with the viewing angle into the scene carefully limited by the viewing height and the screening at top and sides of the display area. This design concept certainly has me thinking. Why not have a main line passing through this kind of scene? Do we really need a huge space to run our expresses or can they be convincingly stage managed into a very small scenic area?

I did leave the exhibition with several new additions to the bookshelf, mostly on the subject of design. Barry Norman’s book Designing a Layout is one of them and he explores some interesting concepts that avoid the traditional long thin layout on rectangular baseboards. I think its time to start thinking outside the box a good deal more when it comes to putting a railway together.

Hartburn, built by John Manderson and based on ex NBR Northumberland practice, was another favourite for me, and I found myself returning for a second, third and even fourth look during the afternoon. I suppose the attraction of Hartburn is rural Northumberland, just like my own Rede Valley, and the feel of the sleepy rural branchlines is captured particularly well 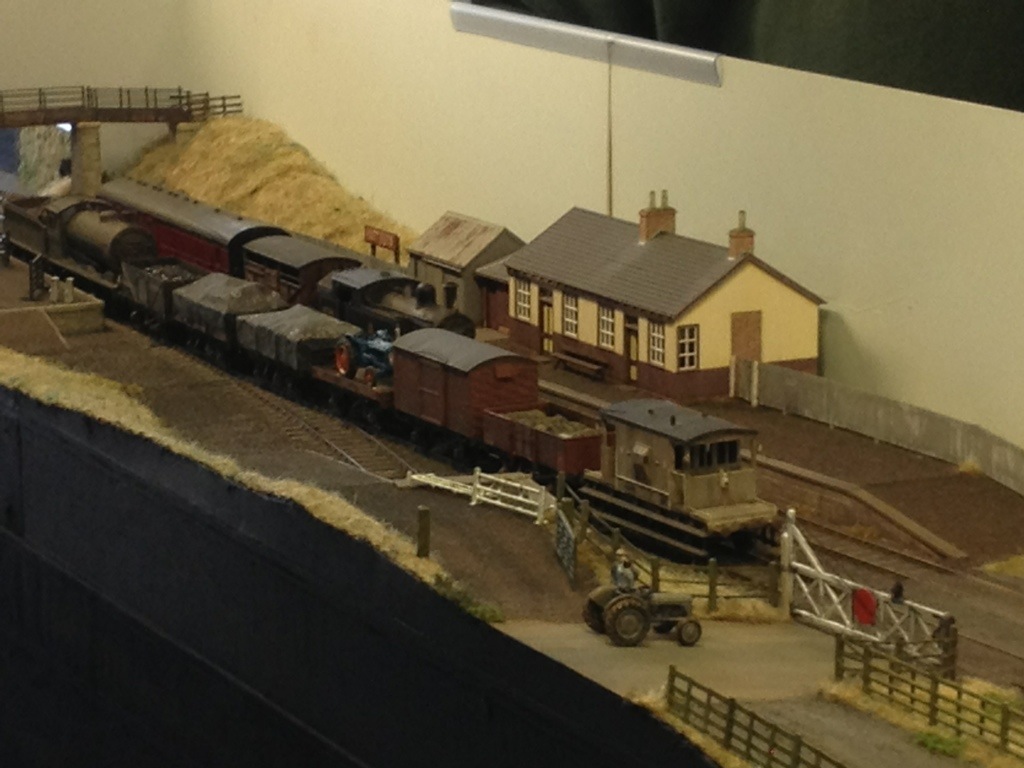 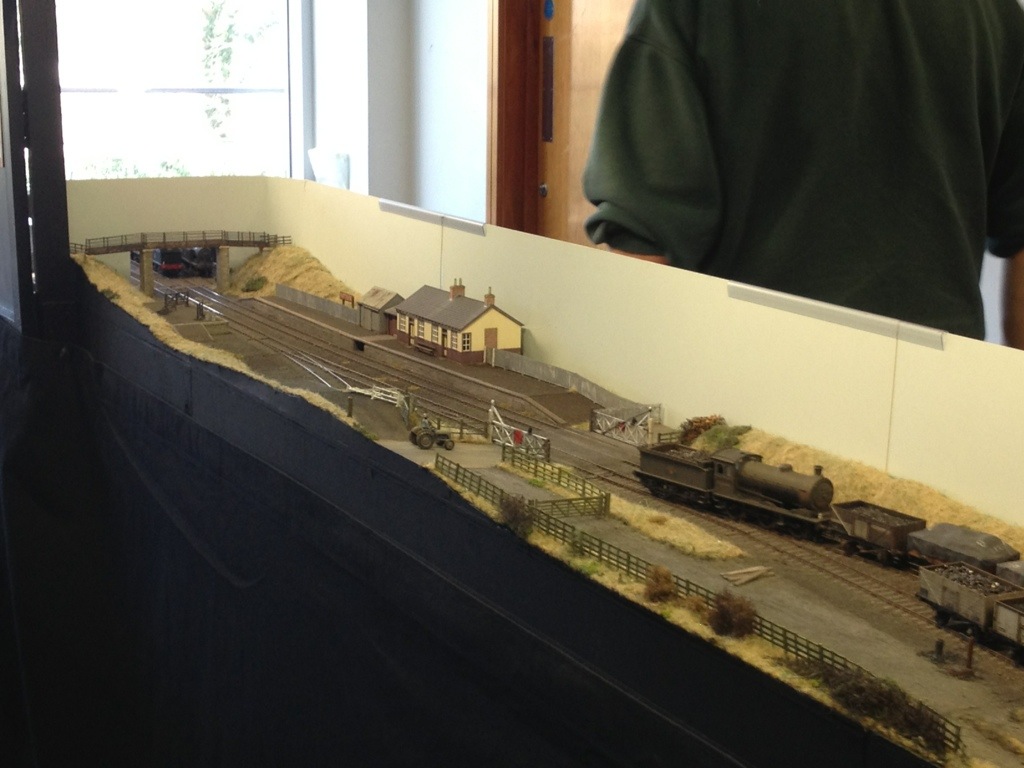 Another favourite, full of Tyneside flavour from the Foggy Tyne Brewery is Colyer street. This is built loosely round the classic Minories plan and features a NER station over the tracks on a bridge, a feature I’ve often considered modelling. I’ve sketched out North East based Minories type schemes on a number of occasions so seeing one in the flesh is always interesting 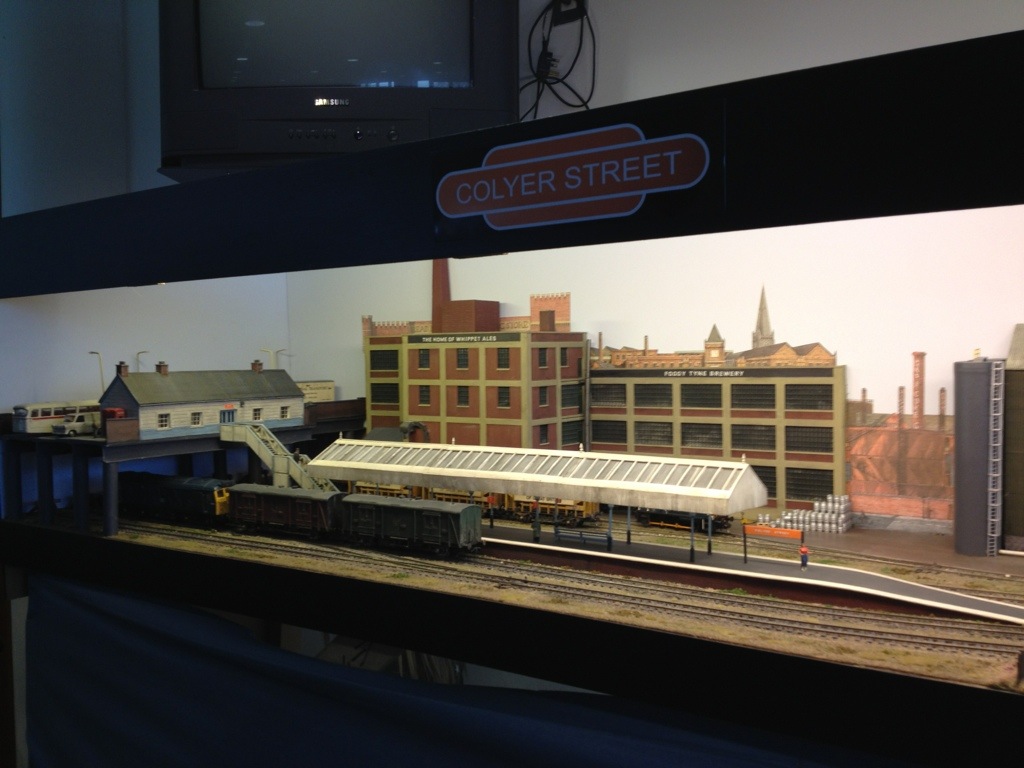