Baseboards are going to be a challenge! 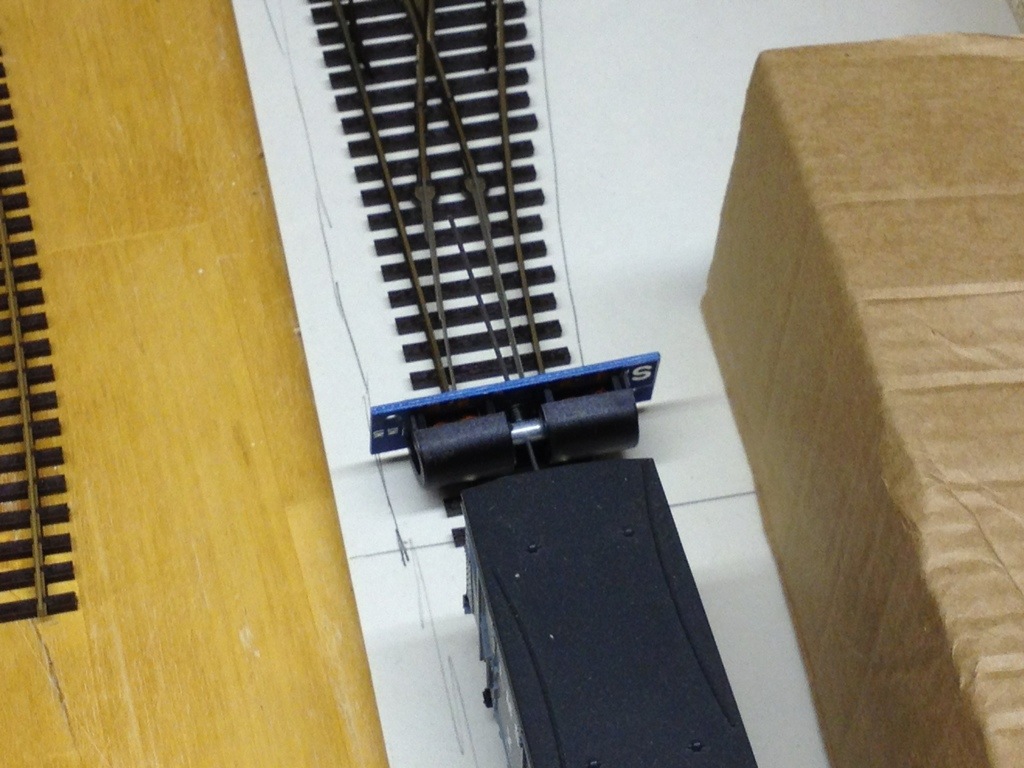 When developing a micro layout every millimetre matters. The initial placement of track onto the plan looked ok, and I tried items of rolling stock to check siding lengths and clearances. Then I looked at a Seep point motor and realised that the base of the motor was wider than the sleepers on the point (or turnout for any overseas readers). I realised quickly that the trackwork could go nowhere near as close to the edge of the board as planned. Fortunately I can move things in a little while still leaving the longest siding big enough for 3 wagons by reducing its curvature slightly.

The immediate challenge is to design the baseboards to use as thin a frame as possible while still managing to provide sufficient strength to keep the layout rigid. Something thinner than my usual choice of 2″ x 1″ for the frames will be necessary.

The mock up of the second level is suggesting that the upper board finishes right at the front of the diorama, so that the loco in the picture below will end up under a bridge. Once again this gives a challenge, I want to fit an IRDOT infra red detector at either end of the upper level track, these require about an inch clearance under the board and that would raise the upper level track significantly. This needs a lot of further thought before the upper level is actually built. Track positioning and frame width is again an issue as a bridge support will need to go in and leave sufficient clearance for the engine to pass under. B&Q sell 18mm x 70mm planed timber, so this is likely to be the choice for framing. I don’t think screwing the top to anything narrower will be practical and it will give a good deep space under the board to place any electrics and minimise the risk of damage in transit. 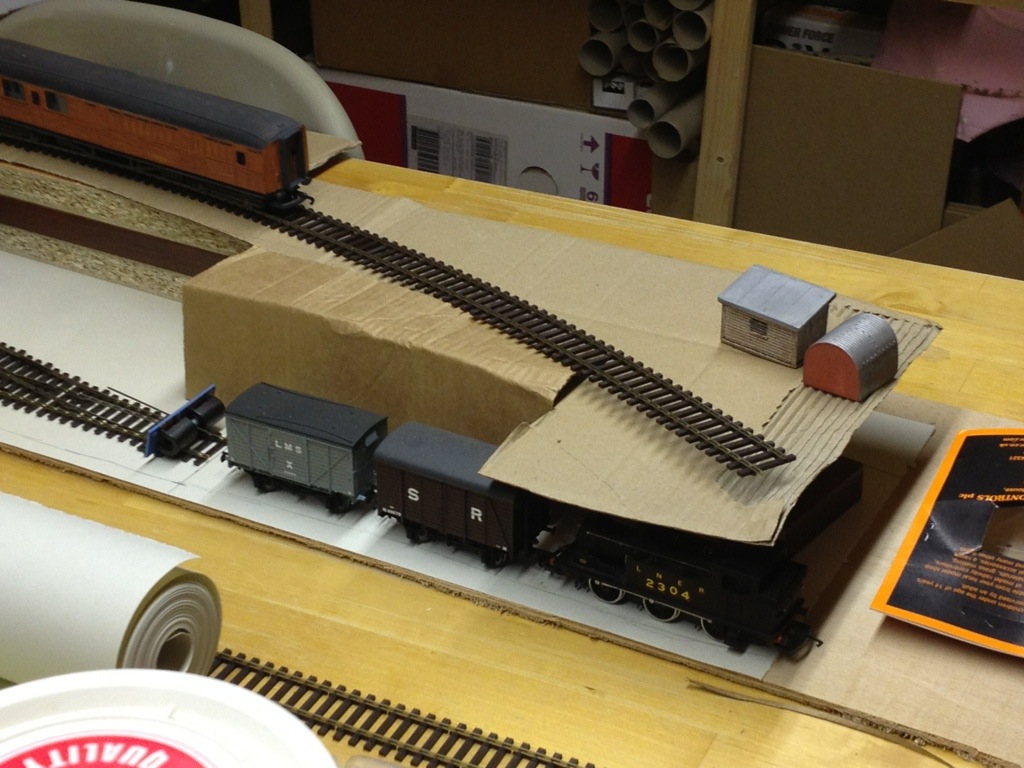 I want to simply frame the outside of the baseboard and avoid any cross bracing. The position of the points in the middle of the layout means the point motors would be in around the same place that cross members might fit.  Providing a reasonably rigid top surface is used there shouldn’t be a problem. I’m currently favoring 9mm plywood for this, it will be solid and light as well as thick enough to take the screws to attach the point motors and other electrics.